It’s finally here! The opening game of the Atlanta United FC preseason schedule. Taking on 4th division side Chattanooga FC away gives the AUFC players a chance to play on turf for the first time which is important as that is the surface they will play on in the new Mercedes-Benz Stadium when it opens in July. 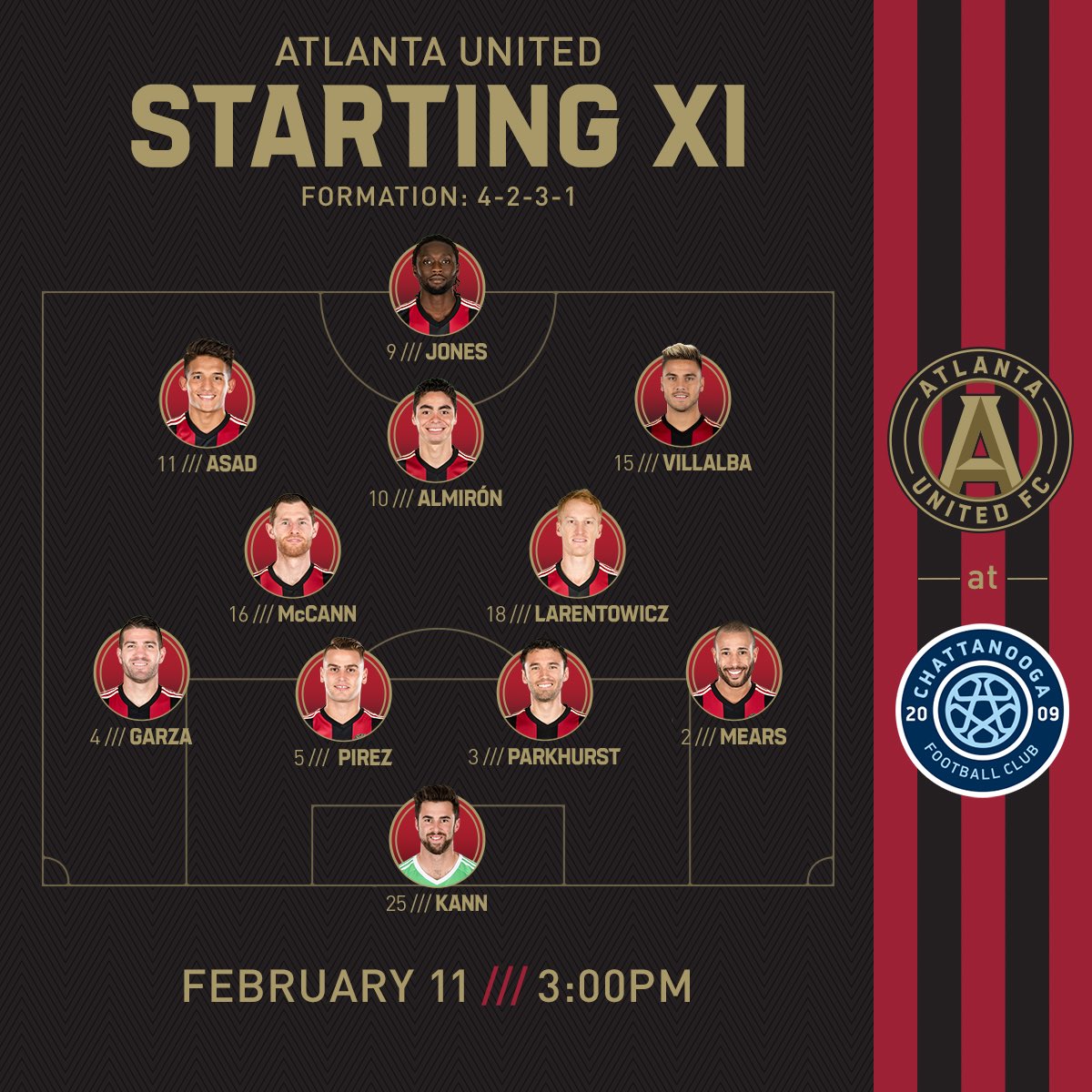 First ever Atlanta United starting 11The fans did not have to wait very long to see the first goal in Atlanta United history! Six minutes in Hector ‘Tito’ Villalba finished off a fast break after striker Kenwyne Jones successfully defended a corner from CFC.

After the first half of play there were a few things that were plain to see. The first is that Chris McCann is going to have a key role in the heart of the Atlanta United midfield this season. The Irishman was the key facilitator to playing the ball from the back line up to the attacking players as well as being a solid force when possession is given up. The other thing that is good to see is the play of young winger Yamil Asad. The young Argentine was able to score the second goal of the half by curling the ball into the upper right corner from outside the box at the end of an impressive passage of play by Atlanta United.

Throughout the first half Chris McCann has played an instrumental role in Atlanta United’s 2-0 halftime lead to be the player of the half for the first half.

The start of the second half sees Atlanta United make wholesale changes with only 33′ substitutions Josef Martinez and Carlos Carmona being the only holdovers from the first half. Included in these changes is the kit that Atlanta United has been wearing as they come out in their white tops and red bottoms after wearing their primary kits for the first half.

Carmona comes off for Harrison Heath in the 64′ minute after a fairly quiet half an hour for the Chilean international who was  signed less than a week ago.

The 68′ goal by Josef Martinez off a quick corner seemed to have caught CFC unaware as Andrew Carlton played the ball short to Julian Gressel who whipped a ball into the 6 yard box where Martinez was completely unmarked. Lead up to this goal was a long period of possession by Atlanta United.

Andrew Carleton gets his first Atlanta United goal in the 74′ off a rebound! Well deserved goal for the youngster as he has been playing very well on the right side of the midfield for the opening part of this half.

An incredible 12,494 packed into Fort Finlay Stadium in Chattanooga, Tennessee to watch Atlanta United collect a 4-0 win in their first preseason match of 2017! A good showing by the club as they try to find their legs for the first match of the MLS season that is coming up in less than a month!